Janhvi Kapoor is an actor who is known for her impeccable fashion sense. The young actor made her debut in the film Dhadak which released in the year 2018. The star is also very well known for her unique dressing choices and peculiar outfits. With more than 8.5 million followers on her Instagram account, many of her fans look up to her for their daily dose of fashion tips. Keeping this in mind, let’s decode Janhvi Kapoor’s best little black dress looks:

ALSO READ: Janhvi Kapoor, Alia Bhatt And Other Bollywood Stars Who Will Be Seen In South Indian Films 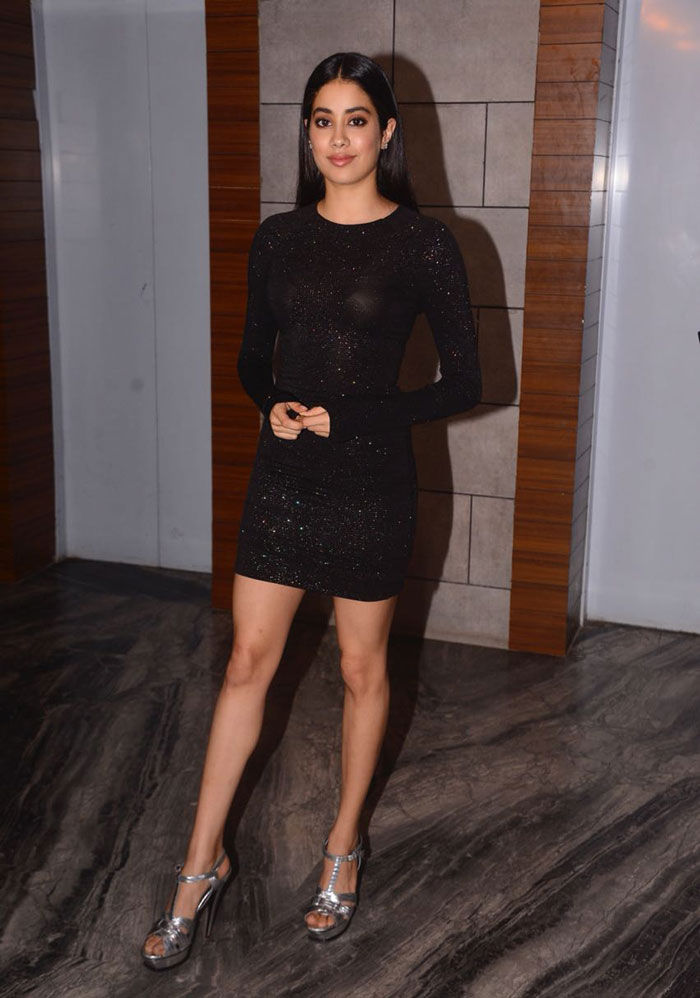 Janhvi Kapoor, for the success party of her film Dhadak, stepped out in a shimmery little black dress styled with a pair of metallic heels. Her shimmery full-sleeved, figure-flattering attire was the perfect dress for a cocktail event. Janhvi Kapoor opted for dewy makeup which included kohled eyes and nude lips. With sleek straight hair, the actor rounded off her look.

For her outings in the city, Janhvi Kapoor was once seen wearing a mini black dress. Her outfit featured multi-coloured polka dots all over. The actor styled her look with a pair of white sneakers and a Louis Vuitton bag. With minimal makeup and a top knot bun, the actor gave primary casual goals to her fans.

ALSO READ: Janhvi Kapoor’s Debut Film ‘Dhadak’ Had A Series Of Superhit Songs; Have You Heard Them?

Janhvi Kapoor did a monochrome photoshoot in which she looked breathtaking in a mini dress. The actor opted for a black mini blazer dress from the house of Danielle Guizio. Janhvi’s stunning dress featured breast pockets on either side. It also had two pockets on the skirt of the ensemble. The actor cinched the mini dress with a classic belt. She added casual details by folding the sleeves. She opted for a pair of multi-coloured sneakers to complete her look. Her button-down dress featured a plunging neckline. With wavy locks open in side-parting, dewy makeup, nude lips, on-fleek brows and fluttery lashes, the actor rounded off her look.

Janhvi Kapoor looked lovely in this black and gold dress from Julien Macdonald. Styled by Tanya Ghavri, the actor looked gorgeous in the black attire. Her outfit had fine detailing on the sleeves and slit near the waist. The look was rounded off with statement earrings, dark-kohl eyes, and golden stilettos. 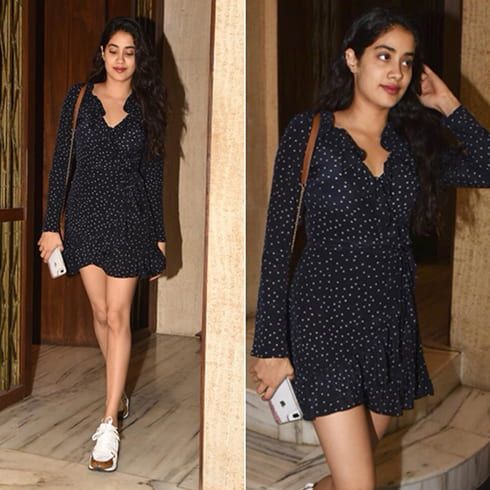 It was again a polka dots mini dress for Janhvi Kapoor for Manish Malhotra’s party. Her full-sleeved, mid-thigh dress was from Realisation Par and gave her a simple and sassy look. White and metallic sneakers by Louis Vuitton rounded off her style. For hair and makeup, Janhvi chose to keep it simple. With her hair brushed casually, the actor opted for just a red shade for her lips and looked pretty in the attire.

Get the latest entertainment news from India & around the world. Now follow your favourite television celebs and telly updates. Republic World is your one-stop destination for trending Bollywood news. Tune in today to stay updated with all the latest news and headlines from the world of entertainment.

Waeve Launches Wig Brand That Ushers in a New Era of...

June 15, 2021
Join Our Newsletter!
Sign up today for free and be the first to get notified on new tutorials and snippets.
Subscribe Now
Skip to toolbar