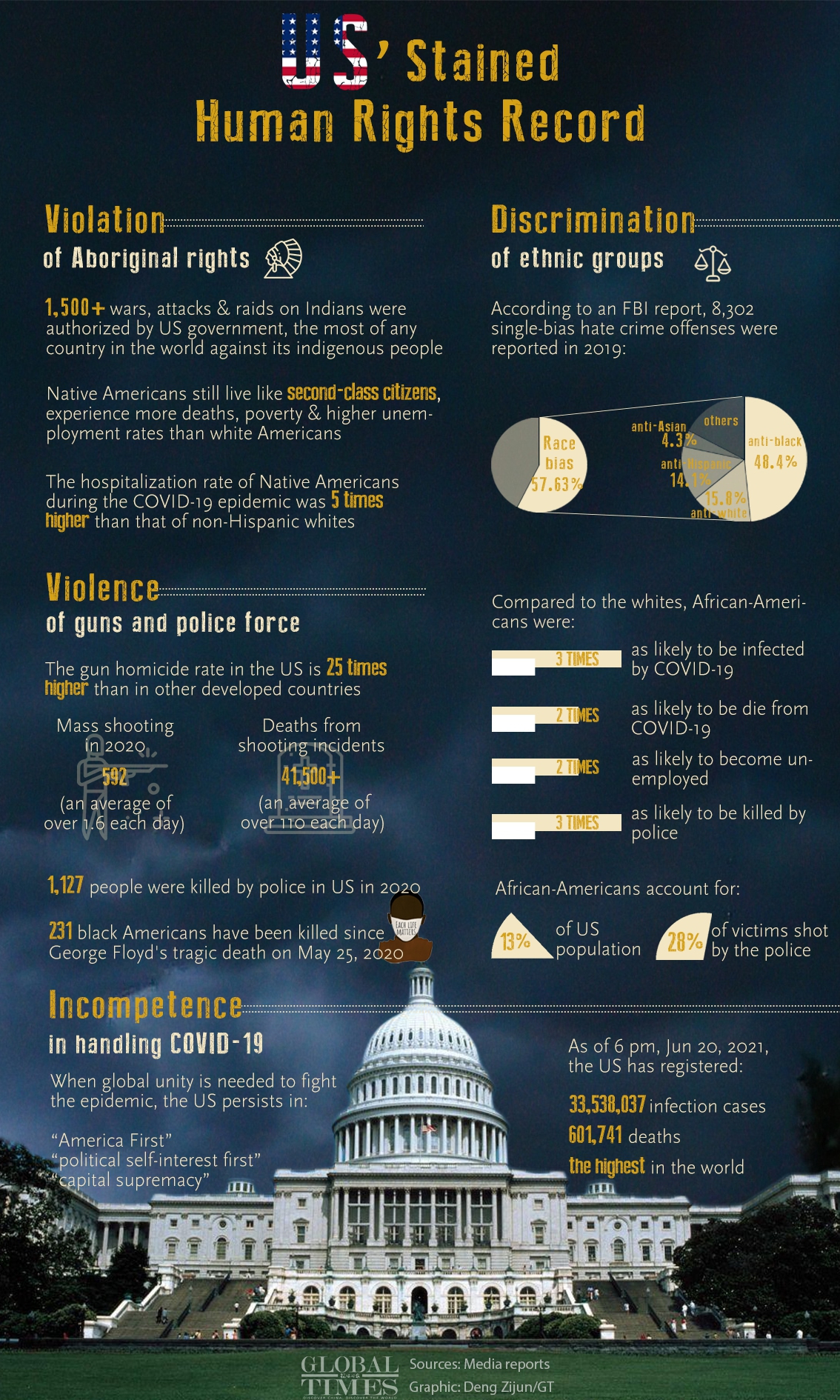 Since the outbreak of COVID-19, there have been increasing and alarming reports on hate crimes against Asians in the United States. Research from the University of California shows that anti-Asian hate crimes in the U.S. surged by about 150% in 2020, with New York City seeing the largest increase. Media reported that the number of hate crimes against Asians in 16 major U.S. cities rose by 164 percent in the first quarter of 2021 compared to the same period last year. Asians have become the targets of random attacks, robberies and even killings in supermarkets, parks, public streets and on the Internet.

In March 2021, a 21-year-old white man gunned down eight people including six Asian women at three massage parlors in Atlanta. This was the worst mass shooting in the United States in recent years. Asian Americans,known for their moderate temperament and apoliticism, are regarded as “model minorities” in the United States. However, under the increasing threat of bullying and hostility, they have no choice but to take to the streets and kicked off the Stop Asian Hate movement. This reminds us of the mass protests “Black Lives Matter” which swept across the United States after the death of George Floyd in May last year. Stop being a “silent lamb” is what many ethnic minorities living in the United States are forced to do under the difficult circumstances. Today, more than 150 years after the abolition of slavery and nearly 80 years after the repeal of the Chinese Exclusion Act, systemic racism still persists in American society like incurable virus. According to a report released by the Pew Research Center, more than half of Americans believe that racial equality is only an unattainable fantasy in the United States.

The international community is highly concerned about systemic racism in the United States. Since last year, UN High Commissioner for Human Rights Michelle Bachelet, together with dozens of UN Human Rights Council special procedures mandate holders, has repeatedly called on the US adminstration to carry out structural reform to address systemic racism, pointing out that the protests sparked by the death of George Floyd exposed not only police brutality against colored people in the United States, but also inequality and racial discrimination widely found in health, education, employment and other fields. They emphasized that the root causes of racism and inequality, such as slavery, transatlantic slave trade and the poisonous legacy of colonialism, must be addressed. The Special Rapporteur of the Human Rights Council on Contemporary Forms of Racism and Racial Discrimination has sent communication to the United States regarding the increasing racial discrimination against people of Asian descent in the United States.

A wide range of developing countries have also voiced their concerns about systemic racism in the United States at the UN Human Rights Council. An urgent debate, targeting the U.S., on racially inspired human rights violations, systemic racism, policy brutality and violence against peaceful protest was held during the 43rd session of the Human Right Council at the request of African group followed by an resolution adopted on the same issue. The just-concluded 47th session of the Human Rights Council again adopted a resolution on combating systemic racism submitted by African group, recalling the tragic murder of George Floyd, which drew attention to the scourge of systemic and structural racism and galvanized efforts to address this global problem in the United States and around the world, decided to establish an international independent expert mechanism to further transformative change for racial justice and equality in the context of law enforcement globally, especially where relating, to the legacies of colonialism and the Transatlantic slave trade in enslaved Africans.

It is hard to imagine that in the 21st century, the most basic right to life and right to health for ethnic minorities in the United States are not even guaranteed. One wonders, what has happened to the United States? Is there any cure for systemic racism in America?

Washington has long been aware of its own problems. President Biden made racial equality one of the four priorities of his administration, signed an executive order condemning racism and xenophobia shortly after taking office, and pushed for the judicial procedures of Floyd’s case. The White House issued an Social Security Administration Action Plan for Asian Americans and Pacific Islanders, and the U.S. Senate passed a bill aiming at addressing hate crimes against Asians. These anti-racism actions seem robust, but they just touch upon the symptoms not the root causes. Florida and Oklahoma passed new laws aimed at suppressing racist justice protests, in breach of international law and the right to peaceful assembly as enshrined in the U.S. Constitution. Asian hate cases are still rocketing, with victims ranging from teenagers to the elderly. Fear and resentment are prevalent among ethnic minorities in the United States.

The root causes of hatred against Asians are populism,unilateralism and hegemonism, as often seen during the Trump administration, leading to social divisions and ethnic discord. Some politicians keep spreading anti-China lies and inciting anti-Chinese sentiments. Although the Biden administration recognizes the danger of Trump’s extreme pressure on China, it still clings to the Cold War mentality featuring ideological bias and constantly plays up the so-called China threat. The US antagonistic approach to China is not gone. Such erroneous policy toward China provides a hotbed for heightened racial discrimination in the whole society. Since the COVID-19 outbreak,racism in the U.S. has been further laid bare. The Asian communities are not only the victims of the U.S. ineffective fight against the virus, but also pawns manipulated by U.S. politicians to shift blames.

When Washington cannot solve the problem, it chooses to blame others for its own failure. Last March, the United States issued a joint statement at the Human Rights Council on combating racism and racial discrimination. At first glance, it seemed to be a humble attempt of self-examination, but in fact the statement attempts to gloss over the rampant racism in the U.S. as a common challenge faced by all countries. It is the United States that has the fever but they are asking the whole world to take medicine. At this year’s commemorative meeting of the UN General Assembly to mark the International Day for the Elimination of Racial Discrimination, Linda Thomas-Greenfield, U.S. Permanent Representative to the United Nations, delivered a speech about growing up around racism and criticized slavery is the original sin of America. Yet almost in the same breath, she attacked racism in other countries. Such old political tricks were exposed on the spot.

History has made it abundantly clear that racism is not unsolvable. The key lies in the courage and sincerity to admit the guilt, and the determination and practical measures to address the root causes. In this regard,it is far from enough to simply condemn murders in broad daylight and to call systemic racism a “stain on our nation’s soul”. The United States has a lot more homework to do.

December 29, 2020
Join Our Newsletter!
Sign up today for free and be the first to get notified on new tutorials and snippets.
Subscribe Now
Skip to toolbar